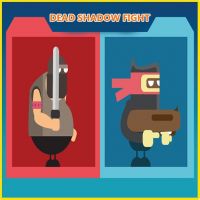 Dead Shadow Fight is a captivating game bringing together the RPG with the simple combat game. This game allows you to equip your character with countless lethal weapons and rare sets of armor, and also dozens of techniques from the best martial arts! Destroy your enemies, humiliate demonic bosses, and be the one to close the Door of Shadows